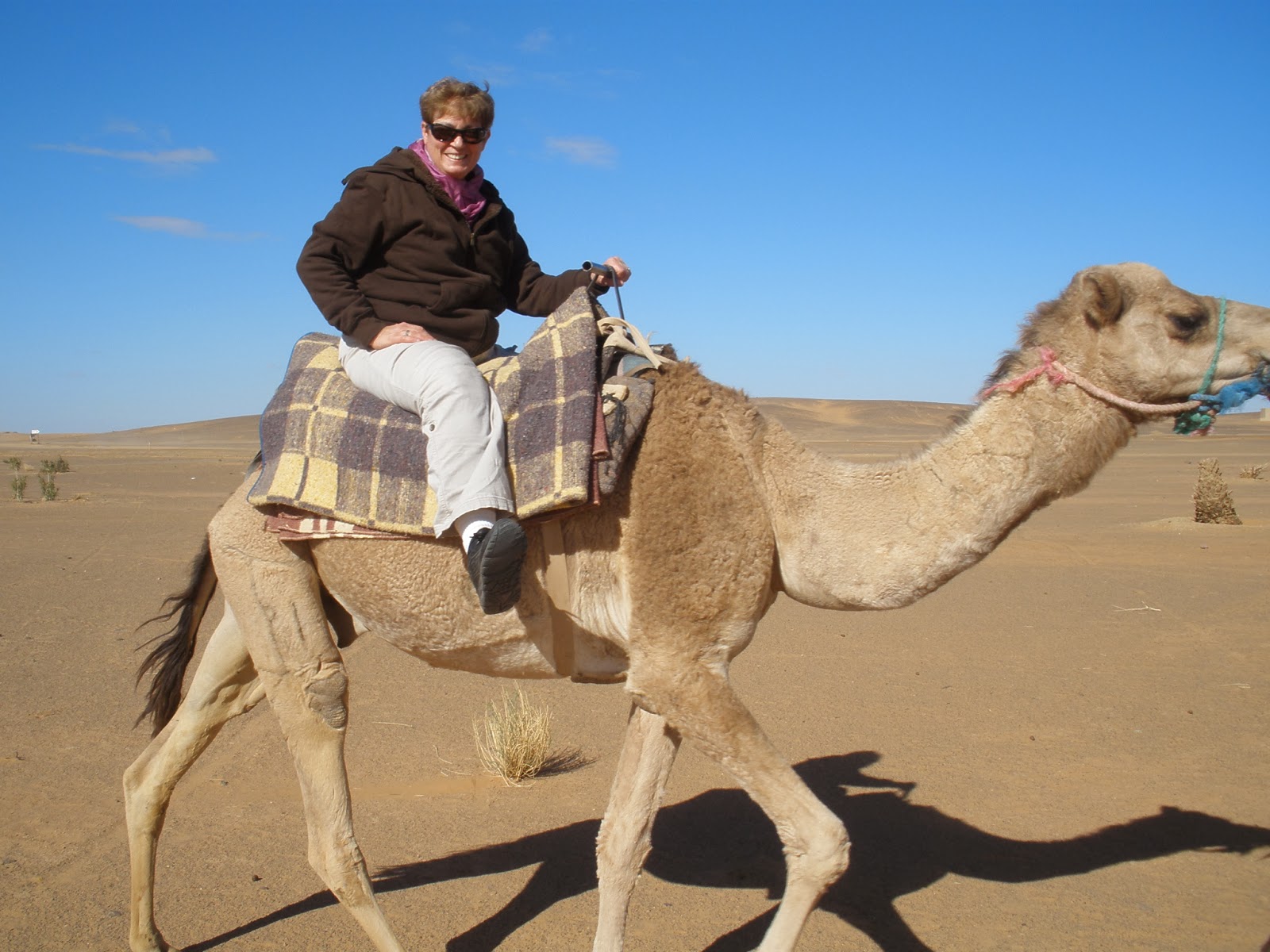 I went to Morocco in December and had a marvelous trip.  I traveled with Oversea Adventure Travel (OAT) with 13 other people.  We visited major cities (Fes, Marrakech, Rabat); stayed in a desert camp for 2 nights; talked with nomads in their huts; went to the medinas (e.g., old 9th century towns) and bought quality textiles, leather, ceramics; learned about Islam from an immam, climbed the Atlas Mountains (by bus, of course), examined the ruins of a Roman port city (Volubilis), and relaxed in a public bath called a hammam.

Check it out on my travel blog:  http://www.olgatravels.blogspot.com/

This blog is especially good if you are planning or contemplating a trip to Morocco.   I highly recommend visiting this country and can give you more information about how to do it in an affordable way.

Posted by Olga Bonfiglio at 4:26 AM 2 comments:

Area concert-goers are in for a treat when Israeli-born Shai Wosner takes the stage as guest pianist at the Birmingham Bloomfield Symphony Orchestra concert on Saturday, February 8 at Christ Church Cranbrook at 8 p.m. and on Sunday February 9 at The Berman Center for the Performing Arts at 3 p.m.

The Steinway Artist will perform Mozart Concertos Nos. 14 and 19, and the BBSO will also perform Nielsen’s Little Suite for Strings on the program.  BBSO Music Director John Thomas Dodson will be the conductor.

“I want people to enjoy the music, to feel it, and be moved by it” said Wosner in a recent telephone interview.

Concert patrons will have that opportunity in spades as they witness the power of his fingers on the keys and the heart in his music.  A sample of Wosner's artistry is available on his website (http://www.shaiwosner.com/media.html).

“Music, including classical music, is not something you have to have studied to enjoy,” said Wosner.  “You just have to be open and let it move you, even if it is your first experience.”

Classical music is timeless and it has the ability to transport listeners to a meaningful experience, he said, if they just allow themselves to follow it.

Wosner has appeared with several important orchestras throughout the United States and Europe and he has collaborated in chamber music with musicians such as Pinchas Zukerman, Christian Tetzlaff, Lynn Harrell, Christiane Stotijn, and Cho-Liang Lin.  However, he also likes to play with orchestras in smaller communities because he sees them as one of the most important ways to promote and preserve this art form today.

“Classical music is thriving in major cities,” he said, “but outside these main centers there is an incredible void.”

“Music is disappearing!” said Wosner with alarm noting that music programs in schools are being reduced or eliminated and students aren't studying music or playing it as they once did.  In the nineteenth century even amateurs were performing classical music.

“Music is an indispensable and a most wonderful part of our life and culture.”

Wosner, 37, grew up in Israel and began playing the piano out of curiosity because it was there in his home.  He essentially taught himself to play before he took formal lessons with Emanuel Krasovsky in Tel-Aviv as well as composition, theory and improvisation with André Hajdu. At age 21 he moved to New York and studied at The Juilliard School with Emanuel Ax.

Wosner performed publicly when he was 18 or 20, which is considered a relatively late age.  However, he continued to feel the urge to share his music with others.

“That was always important,” said Wosner, “and always rewarding.”

Wosner soon became an accomplished musician and his career skyrocketed to the international scene.  However, he doesn't dwell on his success because he feels a lot of it is out of his control.

“Luck plays a big part in music,” he said modestly.  “I concentrate on developing myself as a musician since no one else is going to do that for me.  It's all about finding your voice, and eventually, you are the best person to evaluate that.”

Wosner's performance of Mozart's Concertos Nos. 14 and 19 provides a particular challenge.  The pieces are not played that often or considered among the composer's most notable compositions.  However, Wosner is drawn to them because he can play them with several orchestras.  In fact, he will play the same pieces with the Hamburger Symphoniker in Germany later in February.

Color is the most important feature of Wosner's work where he tries to get as many “colors of sound” out of the piano as he can through the pedals, the volume of the notes, and the relationship between notes with regard to timing and turning a phrase.

“There are different voices within a piece,” he said.  “The challenge is to get one instrument to do it.  For example, Mozart concerti are dramatic by nature.  You feel something is going on, like in a story.  There's a sense of drama, like a plot unfolding in the piece.  That's the biggest challenge:  to give what the music does and to go in the direction it is going.”

Wosner resides in New York City with his wife and two children.

Posted by Olga Bonfiglio at 7:48 PM No comments: