Impressed by a Possible Future In my continuing quest to learn everything I can about gardening and small farm organic agriculture, I recently attended a Sunday afternoon seed starter workshop at the rural homestead of Lori Evesque, a very committed local/organic food advocate in my town. However, what I would learn on this day was more than just growing seeds.

Our class of 10 was a collection of rookies like me, practiced gardeners, and everything in between. We were all women with a couple men, and our ages ranged from young adult to middle aged.

Lori first taught us how to construct a four-foot long indoor seed starter stand. The stand is constructed with thick-walled PVC tubes, elbows, “T” connectors, and end caps that all fit together without any adhesive. The only tool needed was a hacksaw to cut through the long tubes.

The stand has three horizontal tubes that are attached to three vertical tubes. On the top horizontal tube, you hang two shop lights, which are suspended by a chain. As the plants grow, you raise and hook the chain connected to the lights so they are close enough to the plants without touching and burning them. On the middle and bottom horizontal tubes, you place plywood boards that will support the trays of seeds. The set-up holds four flats of plants.

Lori told us about the germination rates of normal vegetable seedlings in different soil temperatures, what kinds of soil to use, when to water the seeds, how to give the seeds enough light, and when it was advisable to plant the seedlings in the ground. In southwestern Michigan, the earliest time to plant is after the last frost in mid-May, but most of the group agreed that planting after Memorial Day was best. Lori also suggested that as the seedlings grew, that we should get them used to the outdoors by touching the plants and whisking our hand over them to create “wind.” This will help the stems grow stronger.

As people swapped stories about their own gardens and seed starting ventures, Lori passed around her seed catalogues. Some of them were in a four-color format with beautiful photographs of luscious vegetables and some were in old-fashioned black and white with intricate, crosshatched illustrations that looked like something out of the Old Farmer’s Almanac.

We also asked a lot of questions but were all focused on a single task: learning how to grow healthy, organic seedlings that will turn into good-tasting vegetables. As we moved to a table to select and plant our seeds in 9x9-inch trays, Lori offered us a choice from about a dozen heirloom tomato seeds. She suggested that we put two seeds in each square. When the “real leaves” come out, the seedlings should be gently separated and planted. She also gave us the essential popsickle sticks for labeling each seed variety we chose.

Some people planted two seeds in each square and used any number of a variety of seeds. Because I don’t have garden space at my home and plant a kitchen garden using big pots, I decided to plant just nine seeds of three varieties. If only three seeds germinate, that will be more than enough for me.

As we moved to the table to plant our seeds I suddenly felt a rush of excitement from within. I liked the fact that we were in a hoop house with a workbench, seed catalogs, tools, and that we grow things and get our hands dirty.

I also liked the fact that I was among people who were excited about spring not just because the weather would be warmer. A year ago I never would have believed I’d be thinking about planting a garden, but something changed for me as a result of my work on a small organic farm since last April.

Gardening gives me great joy and a sense of accomplishment, something I didn’t understand about gardeners before. And being able to grow my own food has also given me a new-found confidence and freedom.

I’m still very much a rookie gardener but I know a lot more than I did last year when I learned about gardening BY gardening. Of course, the payoff for all this work are fresh, delicious, homegrown vegetables!

But there was something else very exciting about being at Lori’s place. Her hoop house contained a 4x12-foot aquaponics system. She had learned how to build and operate the system from urban garden guru, Will Allen of Growing Power. The top layer has pots of lettuce, spinach, radishes, and other cool weather plants. The second layer contains watercress growing on a bed of small stones. The plants are watered and fed with water pumped from the fish tank gushing from a pipe out over them. And the bottom layer (a 300 gallon container sunk into the ground) contains about 25 yellow lake perch fish with more to be added in the spring.

Scratching underneath the aquaponics system was a chicken. Lori said she plans to have more of them so then she can raise her own meat and keep the greenhouse warmer in the winter, thus supplementing her egg chickens and ducks she also raises. The outdoor garden was covered with snow but it is about 60x80 feet and grows most of the vegetables her family needs for the year.

Lori’s house has a 2.0 kW solar panels array. In her front yard a windturbine swishes in the air and generates 2.0 kW. She said that the windturbine, solar panels, and solar hot water system produce about 80-90 percent of her needs. In fact, with the power generators and garden, she can be nearly self-sufficient on her seven-acre homestead.

My overall impression of my visit to Lori’s place was not only to admire her for what she has done to live a sustainable life, but to take a cue from her about what’s possible in the future if individual families produced their own food and generated their own power. It takes some hard work but then the results are worth it.
Posted by Olga Bonfiglio at 8:52 PM 1 comment:

Waters started ESY in 1995 on a one-acre empty lot near Martin Luther King, Jr. Middle School in Berkeley, CA, in order to teach kids where their food comes from. ESY and gardening programs like it have been adopted by many public schools across the country.

In her article, Flanagan objects to garden programs because they take time away from the academic subjects. This causes underprivileged students to do poorly on their standardized tests and thus subjugates them to failed, impoverished lives as adults.

Flanagan criticizes Waters for assuming the role of educator even though Waters and King Middle School Principal Neil Smith collaborated with teachers and community members to put the program together over a two-year period. Their goal was to integrate ESY into the middle school’s curriculum, culture, and food program, according to the ESY website.

Flanagan maintains that gardening programs should be held after school. Then, she chides not Waters but the California Department of Education “for allowing these gardens to hijack the curricula of so many schools.” In 2008, she says, 3,849 out of 9,000 California schools used ESY, which she regards as part of the "new Food Hysteria" that is promoted by “an agglomeration of foodies and educational reformers who are propelled by a vacuous if well-meaning ideology.” And, she says, they do this without a single study verifying that garden programs help students pass standardized tests in English and math!

Actually, Flanagan’s concern about the poor is the same kind of disingenuous patter that she also used in her book, To Hell with All That: Loving and Loathing Our Inner Housewife (2006), where she trashes the feminist movement and extols the emotional rewards and social value of the traditional housewife. She, herself, works from home, takes her children to school and cooks for her family at night—all with the help of a nanny and a housekeeper.

People like Flanagan are anathema to any discussion of the real issues. School gardening programs directly address the problem of getting children to eat good, nutritious food. This isn’t an easy thing to do and it has resulted in one out of three American children being overweight due to the fat-laden and high fructose food they eat both at home and in school. This diet is provided and promoted courtesy of the Big Ag corporations, which is all spelled out in the film, "Food, Inc."

It is notable that Waters' ESY program is complemented by other gardening programs like Will Allen’s Growing Power Youth Corps. He has been using gardens to provide children with academic experiences, teach them reading and mathematics and develop their entrepreneurial and life skills. So impressive is his success, that Allen was awarded the MacArthur Foundation “genius” grant in 2008.

Meanwhile, British chef and school food advocate Jamie Oliver has been trying to attack childhood obesity by helping Americans understand that the food they eat is killing them. He notes, for example, that four Americans die from the food they eat every 20 minutes, and that 10 percent of our health care bills ($150 billion) are obesity-related. That amount is expected to double in 10 years unless we do something to change our eating habits.

One of the astounding realities Oliver discovered is that many kids can’t even identify fruits or vegetables in their original form. That is because they are eating so much fast food, processed food, and restaurant food that they don’t know what real food looks like. A gardening program can alter this travesty.

BTW, Oliver will air “Food Revolution” on Friday, March 26 at 9 p.m. (EST) to explain his work in the “most unhealthy town in America:” Huntington, WVA, where half of its citizens are obese.

Jamie Oliver was recognized for his efforts in teaching kids about food by winning the $100,000 TED Prize. The TED Prize is one of many programs of TED—Ideas Worth Spreading, a small nonprofit organization founded in 1984 that is devoted to bringing together people from the worlds of Technology, Entertainment, Design to converse.

Gardens were a staple in American homes two generations ago and many people like Waters, Allen and Oliver demonstrate the wisdom in bringing them back. During World War I and II, as well as the Great Depression, American families grew backyard gardens that produced more than half their food. This is a lot of food in a small space. Some people are even raising chickens so they can obtain fresh eggs and meat.

So, Mrs. Flanagan, please don’t try to stop kids from learning how to garden. Their lives—and their health—depend on it. Isn’t that something precious our public schools can give them?
Posted by Olga Bonfiglio at 10:56 AM No comments: 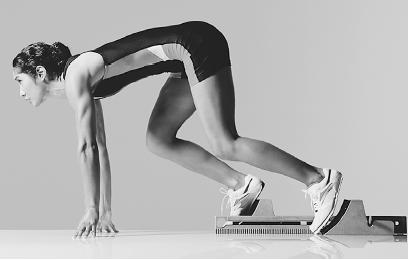 I decided to start a blog as a means of sharing the many things that I'm discovering about what's important to me right now including politics, our post-industrial society, urban revitalization, urban and organic farming.

I find that if I write it, I have a better way of digesting it and understanding it. The blog is also a place to refer people to issues, sources, activities, conferences, in a quick and easy way. Facebook and other social networking tools flummox me because there are so many things going on at once.

I had that trouble when I tried to separate my writing into categories on different blogs and it's just too difficult to keep them up. This way I have one blog to write about all my interests.

So here goes.
Posted by Olga Bonfiglio at 10:29 AM No comments: