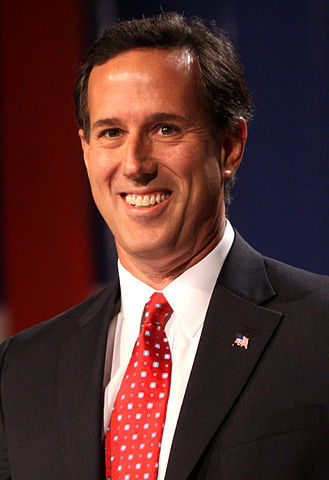 This article appeared in the Huffington Post on Thursday, March 1


Presidential candidate Rick Santorum showed that he is the “severely conservative” one in southwest Michigan’s 6th Congressional District.
In the seven-county district, Romney won only one county (Kalamazoo), which has a large, more urban population.

Santorum managed to pull 41 to 50 percent of the vote in the counties he won while Romney obtained about 40 percent in his winning counties.
Ron Paul averaged 10 percent while Gingrich ranged between 5 and 9 percent of the vote.
Kalamazoo County Republican Chairman Al Heilman said that local Republicans attending an election results gathering on Tuesday night were quite angry with the Democrats’ crossover voting, which helped Santorum’s numbers.
Kalamazoo County Democratic Chairman Dave Pawlowski said Democrats don’t typically participate in their own primaries so he denied their crossover effect.
Support for Santorum is more an indicator of Republicans’ dislike of Romney and his money, said Pawlowski.
Romney and Restore Our Future spent $3.2 million in Michigan compared to Santorum and the Red White and Blue Fund that spent $1.1million.
“I can’t understand why there’s such anxiety and anger toward a man of wealth,” said Heilman.  “People don’t know of all the good things [Romney] has done with his wealth over the years.”
On the other hand, character and message may be a factor in people choosing Santorum.
“People believe Santorum while they think that Romney will say anything," said Pawlowski.  "In the end, Obama will crush either one.”
The Tea Party in the area seemed to have influenced Santorum’s turn out, but it is not yet clear how strong it is.
Heilman said he’s heard of many people being angry and “fed up” enough with government that they don’t vote at all.
Only 16 percent of the 569,263 eligible voters in the Sixth Congressional District participated in the primary on Tuesday to help give Romney a majority and two of the state’s 28 delegates.
Two delegates represent each of the 14 congressional districts and both candidates won seven districts.  The final two delegates were awarded proportionately based on the statewide vote adding up to 15 a piece.
In Michigan, Romney won 41 percent of the vote to Santorum’s 38 percent.
“This is a disturbing time with war, economic crisis and unemployment,” said Heilman.  “Yet, it shows the country is strong enough to still move on.”
A video produced on Monday night at Santorum’s rally in Kalamazoo illustrates sentiments toward Santorum.
Posted by Olga Bonfiglio at 11:59 AM